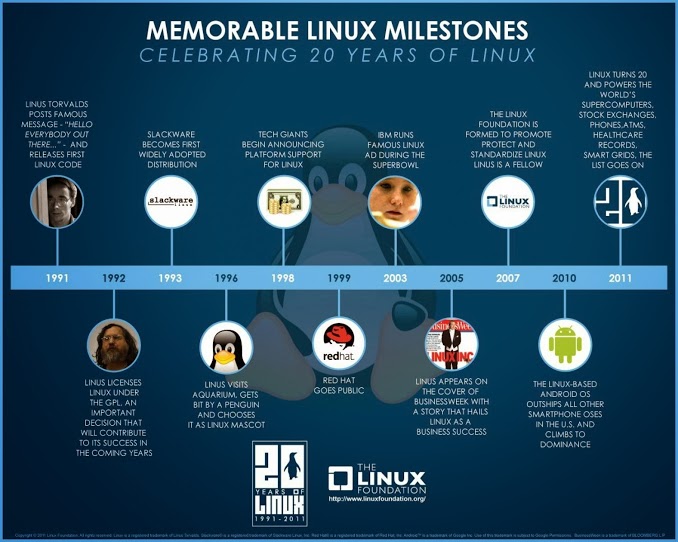 You see, the graph above is missing more than 8 years of milestones.

There is a history before Linus Torvalds started writing the Linux kernel, with many very memorable milestones that are important to the "Linux" operating system.

And that's to name only a very few. In my opinion, the events above are all important milestones. Far more important than the simple forming of the Linux Foundation. To often do people seem to favor this fake version of history where Linus Torvalds single handedly starts an entire operating system in 1991.