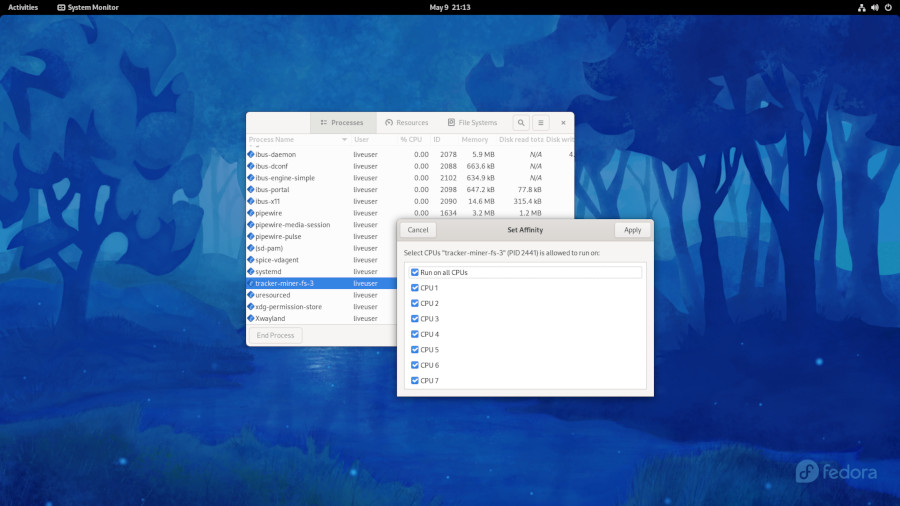 This new feature essentially turns GNOME System Monitor into a graphical user interface for GNU Taskset, allowing you to set or adjust the CPU affinity of any process using a simple check box dialog window similar to how it's done in the Windows Task Manager.

To use this new feature all you need to do is right click any process and then click the "Set Affinity" menu item, this will bring up the CPU affinity dialog with check boxes for each processor core. These check boxes will be prefilled/auto-checked based on the process' current CPU affinity. Check or uncheck specific cores, then hit apply and you've successfully adjusted which CPU cores the process is allowed to run on. 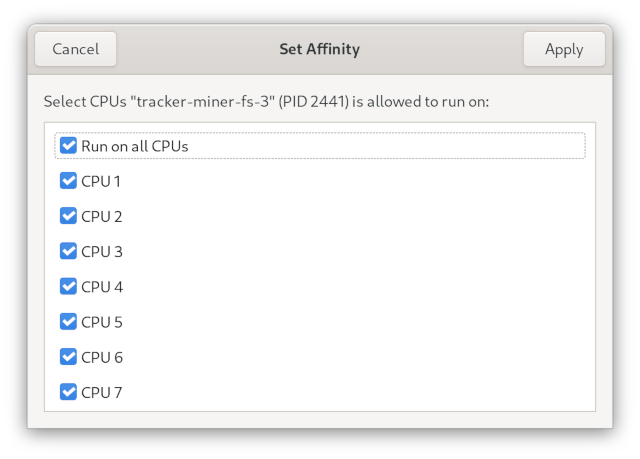 All in all it's a pretty basic feature, but a useful one.

Personally, I'm glad my contribution was accepted, because I have been merging this code into the GNOME System Monitor of Ubuntu with every new release. Now that my code is part of upstream, I don't have to do that anymore and everyone else gets to enjoy the feature as well, it's a win win.