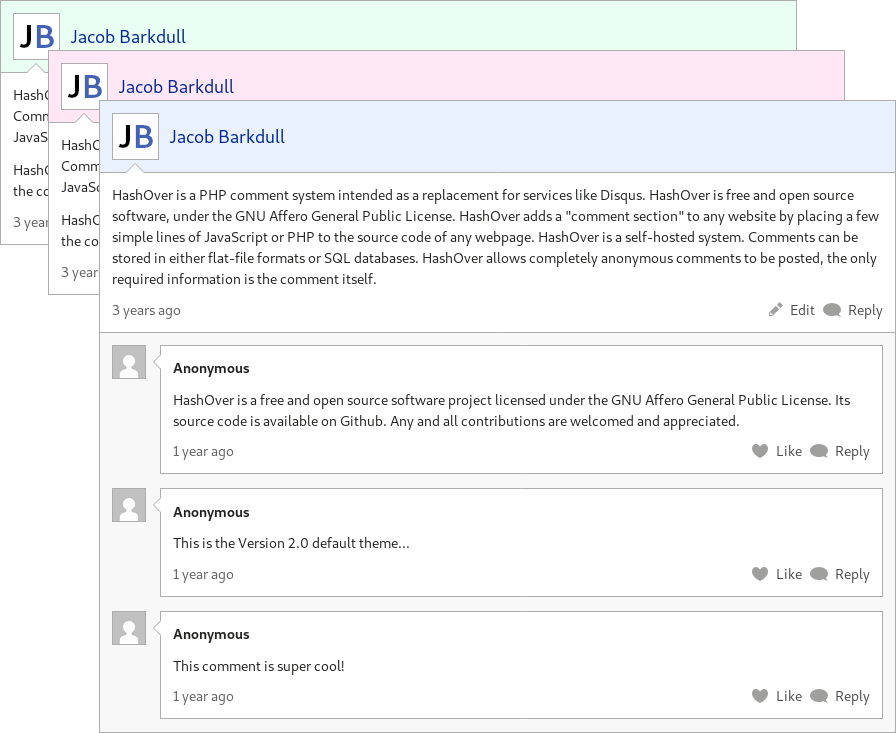 HashOver is a free and open source PHP comment system designed to allow completely anonymous comments and easy theming. HashOver is intended as a replacement for proprietary services like Disqus. HashOver adds a "comment section" to any website by placing a few simple lines of JavaScript or PHP to the source code of any webpage. HashOver is a self-hosted system. Comments can be stored in either flat-file formats like XML or JSON or SQL databases. HashOver is licensed under the GNU Affero General Public License.

HashOver is primarily developed by Jacob Barkdull. It was originally created to serve as the comment system for his own personal blog, and that is still the primary reason why development continues.

There are currently two versions of HashOver. Version 1.0, released in 2014 as a rigorously tested stable version, and Version 2.0 released the same year with development still ongoing. Version 1.0 is not actively developed, and might not work in PHP versions newer than 5.3 or in certain server environments it was never tested in. Version 2.0 is much more secure, more flexible, and more polished. It is intentionally kept reasonably stable, but it is also continuously changing and things might break from time to time.

Which version should I use?